British Archaeology, 2010: Mellor - a hillfort in the garden

John Hearle lives in the Old Vicarage in Mellor, a village in Stockport, Greater Manchester. In 1998 three students excavated part of a ditch close to the house. Now after 12 years of excavations with hundreds volunteers, the complex site is being readied for publication.

There was a drought in 1995.  When Ann Hearle looked over the north wall of the Old Vicarage drive, she saw a green line arcing over the field.  On either side the grass was parched.  Ann took some photos, thinking that the line might come from the foundations of medieval buildings.  How wrong she was!  In 1997, Peter Arrowsmith was writing a history of Stockport.  Ann showed Peter the photos when he came to ask about the history of the district.  He walked round and said "This is old!".  That is how it all began. Next year, Graham Eyre-Morgan from the University of Manchester Archaeology Unit (UMAU) brought out three students. They carried out a resistivity survey and then dug trial trenches in the garden. One evening, Graham came out after the students had left and trowelled a bit further.  He found the edges of a ditch cut into the rock.  As the students dug deeper in the following days, they found Romano-British and Iron Age artefacts.

This is John's, published article, on their findings. 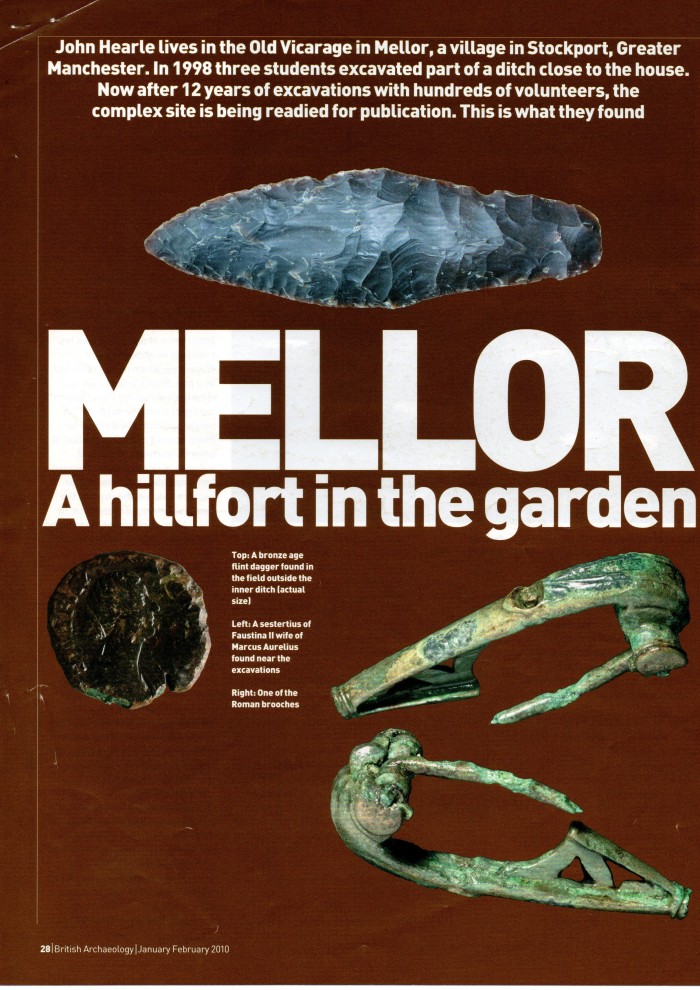 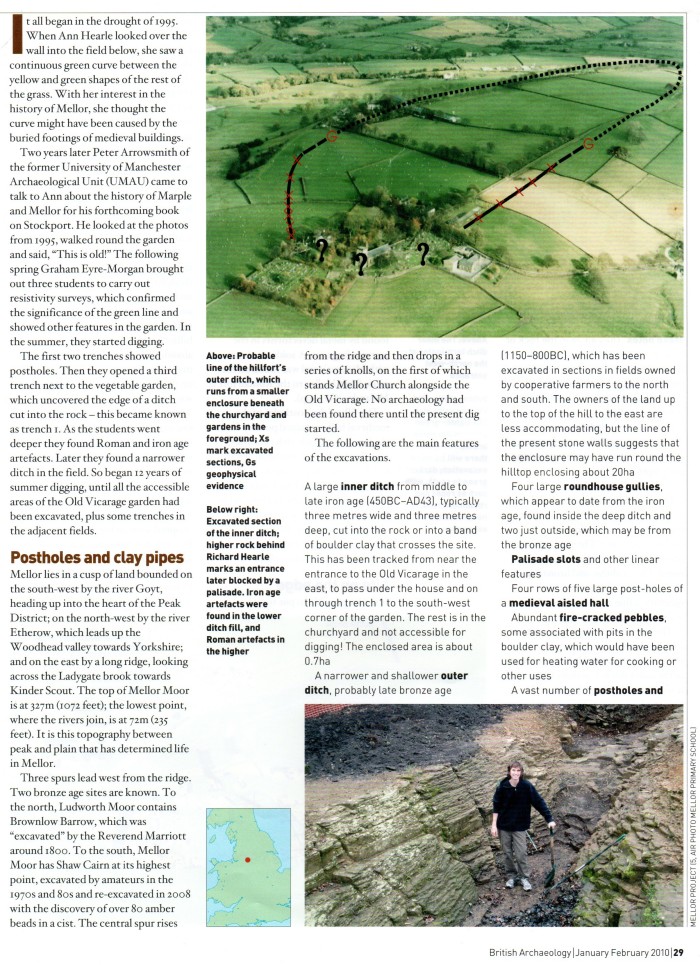 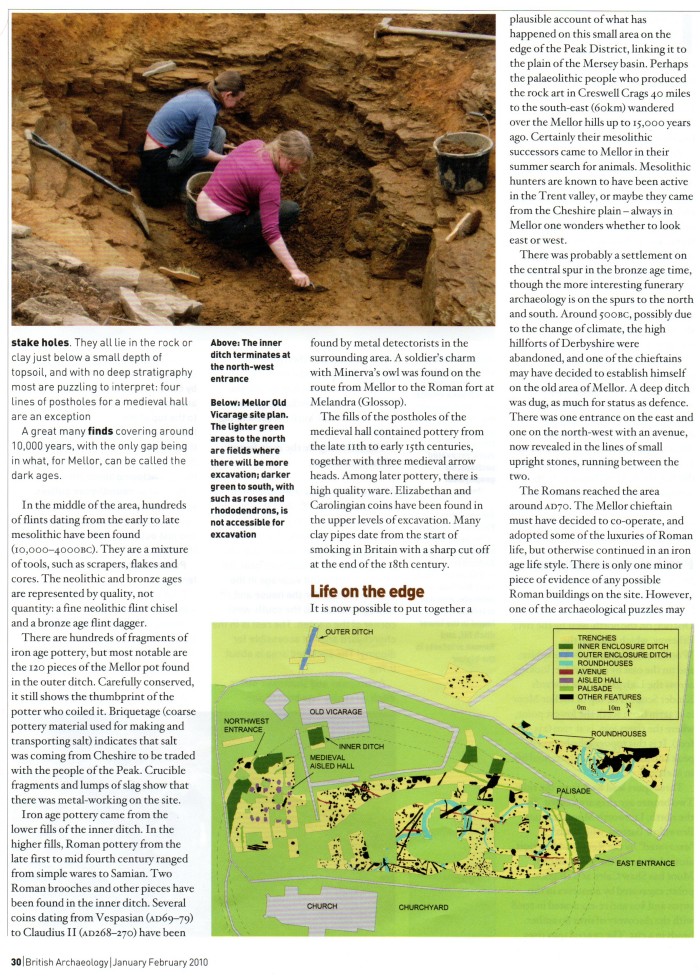 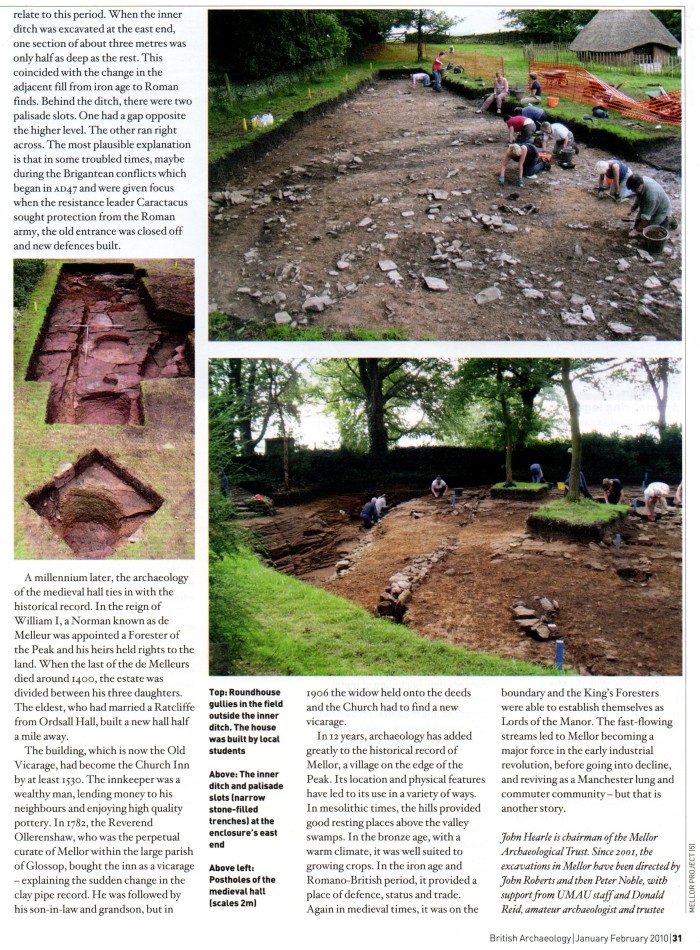 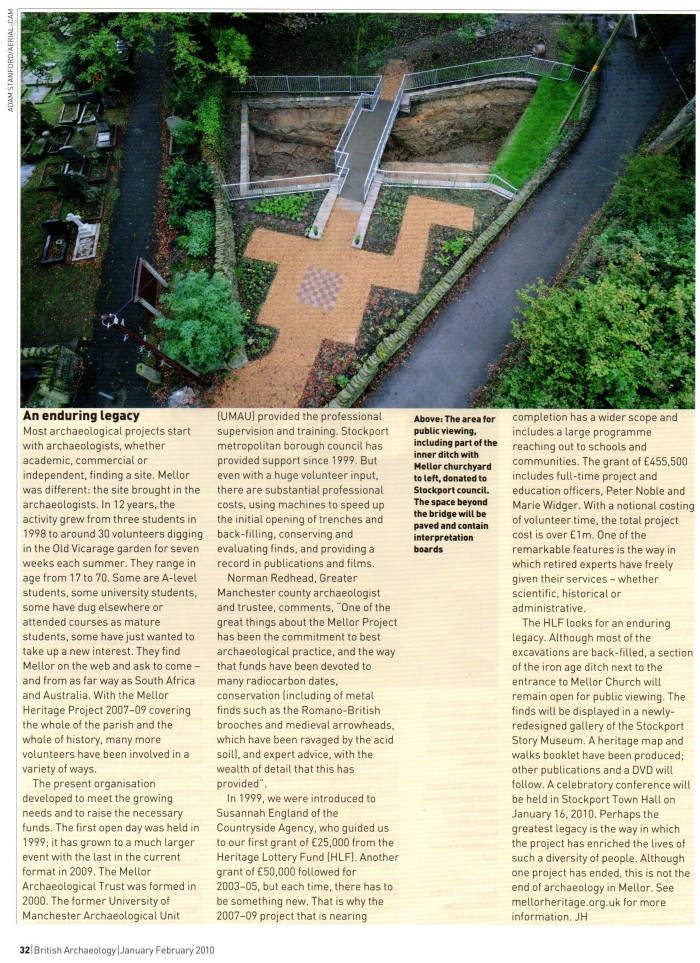