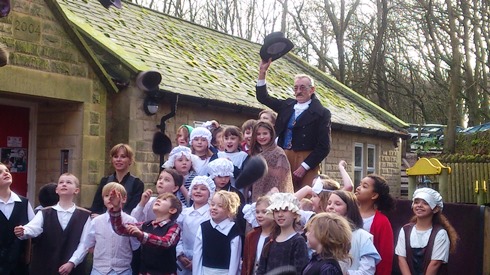 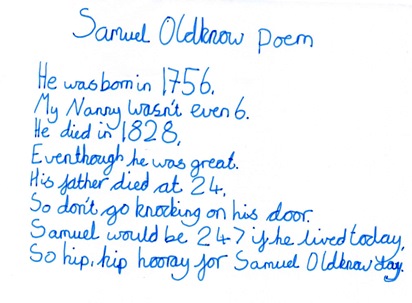 Following my visit to Rivington Primary School, which was Samuel Oldknow’s Grammar School, I received the letters and drawings  from the pupils and staff.

Samuel Odknow visits his father's grave. The inscription on the

He lived at Roscoe Low Farm, Anderton and was reputedly the first man in England to manufacture muslin, a fine cotton having previously been woven in the East. He came to the district in 1754, and married and prospered, leaving a son Samuel who worked with Richard Arkwright near Stockport. According to John Rawlinson, however, muslin was first produced by the widow of Samuel the elder, and a partner in the business, in 1764. Samuel Oldknow's mother Margaret after becoming a widow married for the second time to a farmer, John Clayton with whom she had three children Margery, Samuel and John.

For the pdf file of the letters and paintings from the children and staff, of the school, click on picture below. 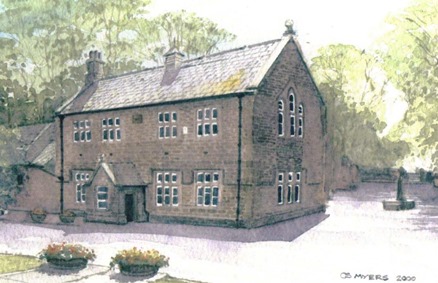