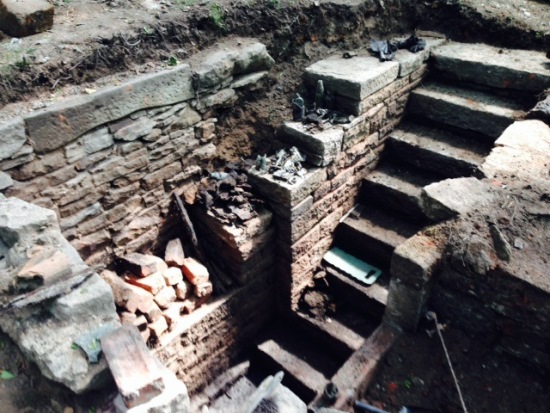 During the last two weekends we have managed to excavate, a hitherto unknown, stone staircase leadng into the semi basement of the mill at the rear northern end of the central six storey build.  The stair look splendid and we hope that they will eventually form a way into the semi basement and main drive shaft ares of the mill for visitors.  It is looking likely that this staircase was constructed sometime after 1867 and before 1883.  A number of cogwheels and spinning spindles were unearthed which it is believed came from ring spinning machines. Additionally a large number of well rotted shoes covered each tread of the stairs and the floor at the bottom - this looks like a case of fly tipping taking place after the 1892 fire and before the mill is finally demolished some years later. 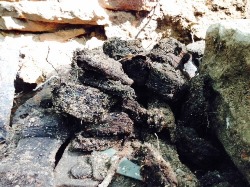 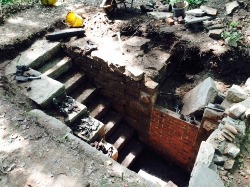