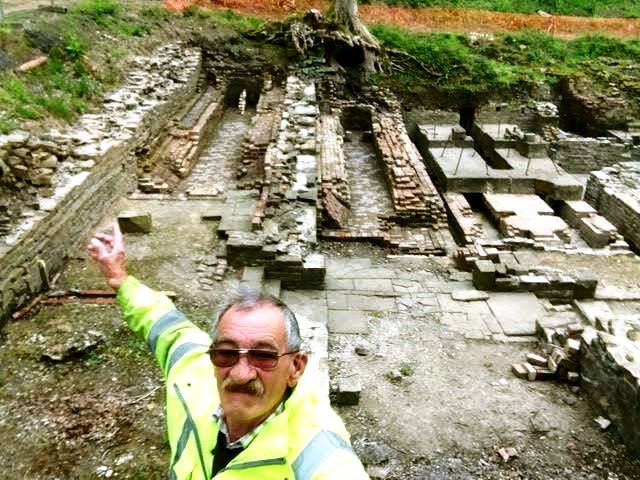 Finally we have the Boiler (left) and Engine House (above) completed and the remains revealed in all their glory. It was a great point of discussion during a recent visit by the Newcomen Society. Celebrated Engineers were amongst the visitors - posing searching questions to our guides. Everyone had an enjoyable and fruitful visit.

Editors note: The original engines for the mill were supplied by Benjamin Goodfellow, a well-known engineer, of the time, from Hyde. Two boilers and engines were installed in a new building at the northern end of the mill. A long flue ran from this building to a large brick chimney on the hill behind.

The bringing of steam power to the mill was a notable event. Following a trial run of the system, a celebration meal was held in the Navigation Hotel, Marple, for the managers and overlookers.

On Friday evening last, a very liberal repast was prepared at the house of Mr. George Swain, The Navigation Inn, Marple, for the managers the overlookers, 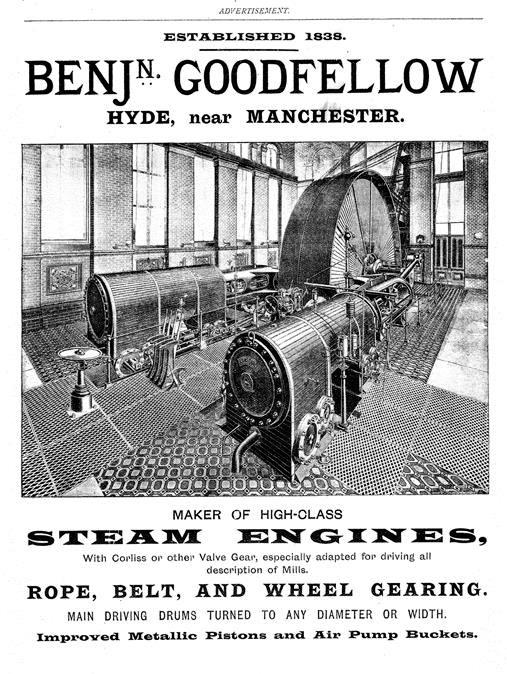 and a number of employés belonging to the cotton-spinning establishment of Peter Arkwright, Esq of Mellor, on the occasion of the erection of two new engines, boilers and large chimney, on the premises. It is somewhat remarkable that this model factory has been turned by a large and well-constructed water wheel, supplied by an extensive reservoir on the premises, and from the River Goyt. Owing, however, to the drought that has prevailed for the last two or three years, that vast spinning establishment could not be carried on so regularly and as heretofore, and hence the necessary for providing additional moving power, which has now been successfully and satisfactorily completed by and under the direction of, Mr. Benjamin Goodfellow, of Hyde. On testing the engines which gave unqualified satisfaction, the above mentioned “spread”, was given, which reflected much credit upon the caterers. After the cloth was down, Mr. Wheeldon, the manager was called upon to preside, when the songs, toasts, recitals’ followed each other, and the evening passed most pleasantly –Miss Swain presiding at the piano-forte, and singing several favourite songs, and joining in with her brother, Master Charles Swain, in some choice duels.