I don't have the OS maps to hand here but looking at Tom Oldham's model on the website it is clear where I have been working on the central projection. If you then look at the left hand projection and go to the left of that we again follow the front wall of the mill.  A little further to the left is a large wing sticking out beyond the line of the three original projections.  In between this wing and the left hand projection there is a recess in the building line - I think that is the most likely place where Don is [in his excavations with Maxine].  Since the left and right hand wings have no symmetry either in footprint or roof design I think they are both later than the main mill which stretches from the left hand projection to the right hand one.   That is why Don feels he is on top over the engine house.  This falls in line with my measurement of 200 feet from the centre of the front entrance to the left.  The 200 feet seems to include the engine house.  That leads me to think that the 400' length of the mill is not "as built" but post the right and left hand extensions.............  dates???????  Therefore I think Don needs to work towards the front entrance to find the left hand projection.  This theory also gives us a building in complete symmetry "as built" and more achievable from first stone laid to production 2 years later.  Yet another theory to be checked out.

Perhaps you would pass this on to John Riley for his thoughts? 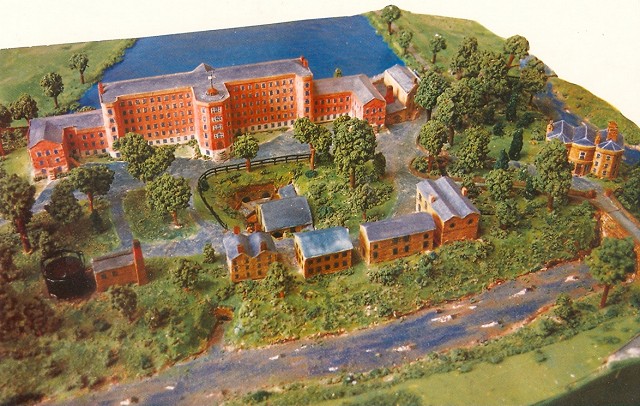